14/02/2022 | Brands
Coca-Cola has launched a new packaging that aims to make it easier to distinguish the brand’s new flavours. The proposal has not taken long to stir up controversy on social networks.

When a brand as big as Coca-Cola makes a graphic change, it is always big news in the world of visual culture. In this case, the company has presented new packaging for Coca-Cola Café Mocha and another for the Coca-Cola Flavours line.

As Brandan Strickland, Coca-Cola’s brand director, explains, the proposal to create Coca-Cola in a coffee version stems from the need to increase the moments to consume a Coca-Cola: “We believe that Coca-Cola with coffee is the perfect option for those who want the stimulating and refreshing taste of a Coca-Cola with the familiar flavour of coffee”. 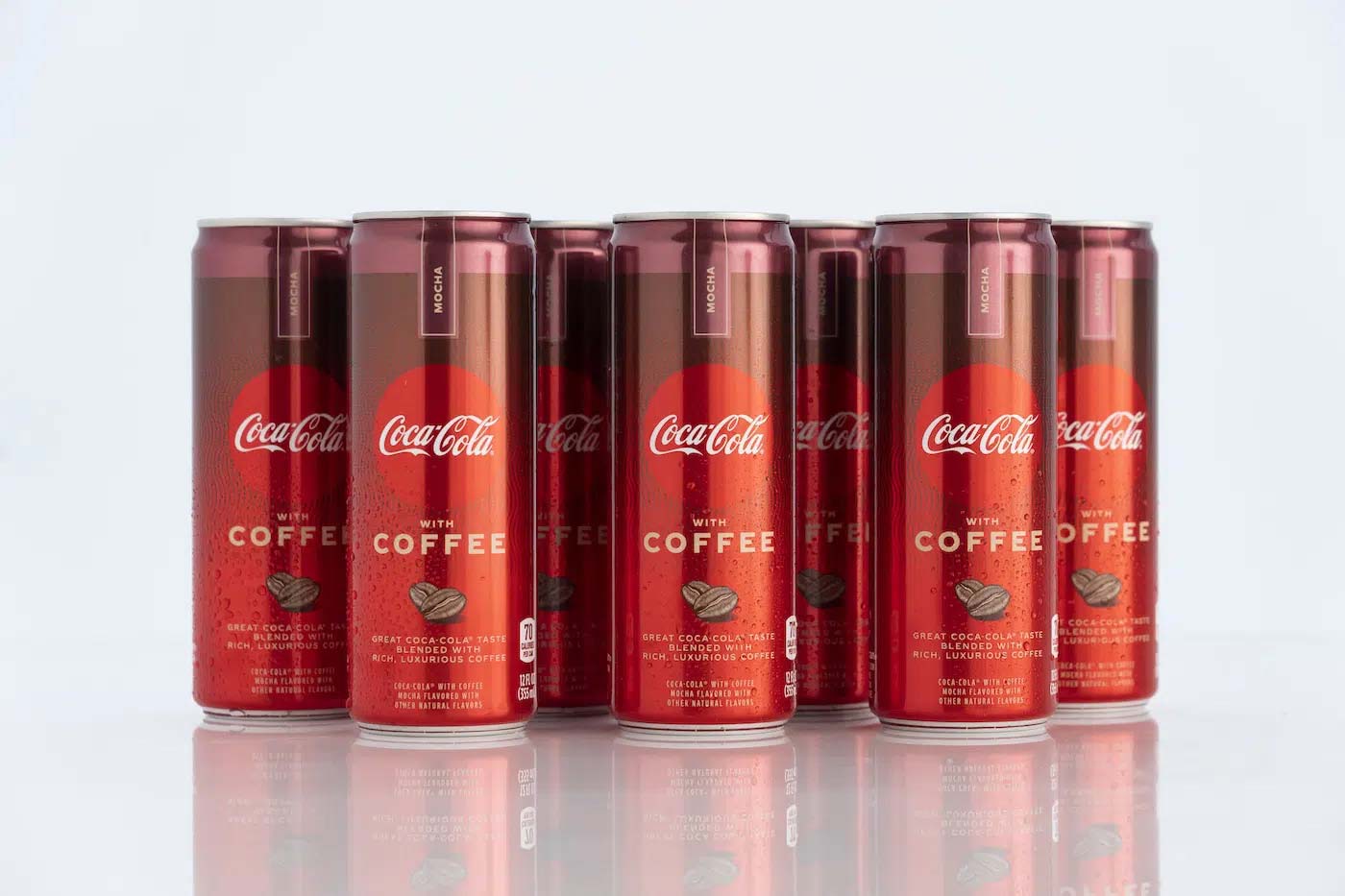 In January 2021, the first Coca-Cola coffee proposals went on sale with the flavours Dark Blend, Vanilla, Caramel and Vanilla Zero Sugar. Now, they have launched the Café Mocha version, a new proposal that will seek to succeed in this new sector. For all these new flavours they have designed a new packaging that stands out for being a longer can than usual with the label of each flavour and a simple reference to the coffee.

But the most relevant proposal in terms of packaging comes from Coca-Cola Flavours. This is the line that includes the new flavours launched by Coca-Cola and they have created new packaging to make it easier for consumers to differentiate them visually. 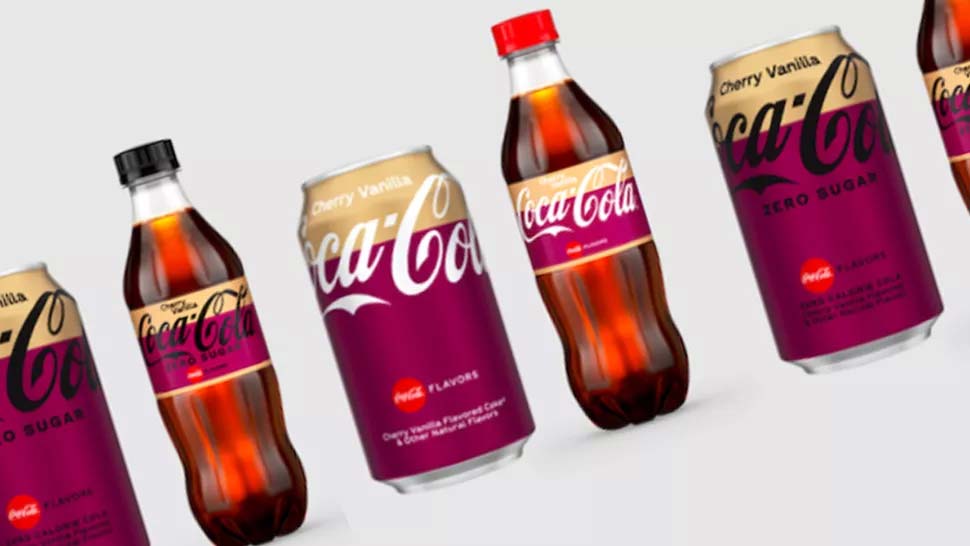 The brand unveiled the first phase of this packaging change in 2021 for Coca-Cola Original Taste and Coca-Cola Zero Sugar. “We wanted to modernise and simplify the look of our packaging to help consumers find the taste they are looking for on the shelf through a colourful yet clean design,” says Natalia Suarez, senior manager, Coca-Cola North America.

The new Coca-Cola Flavours packaging has not taken long to be criticised on social networks. The differentiation of the colours in the logo to indicate whether the Coca-Cola is Zero does not seem to be a very successful way of communicating. Many users have claimed that this measure poses problems of legibility.

For example, in the case of Cherry Coke, there is a black logo on a dark purple background. In the case of Vanilla Coke it is white on gold. It seems obvious that this mixture of colours gives problems of readability. 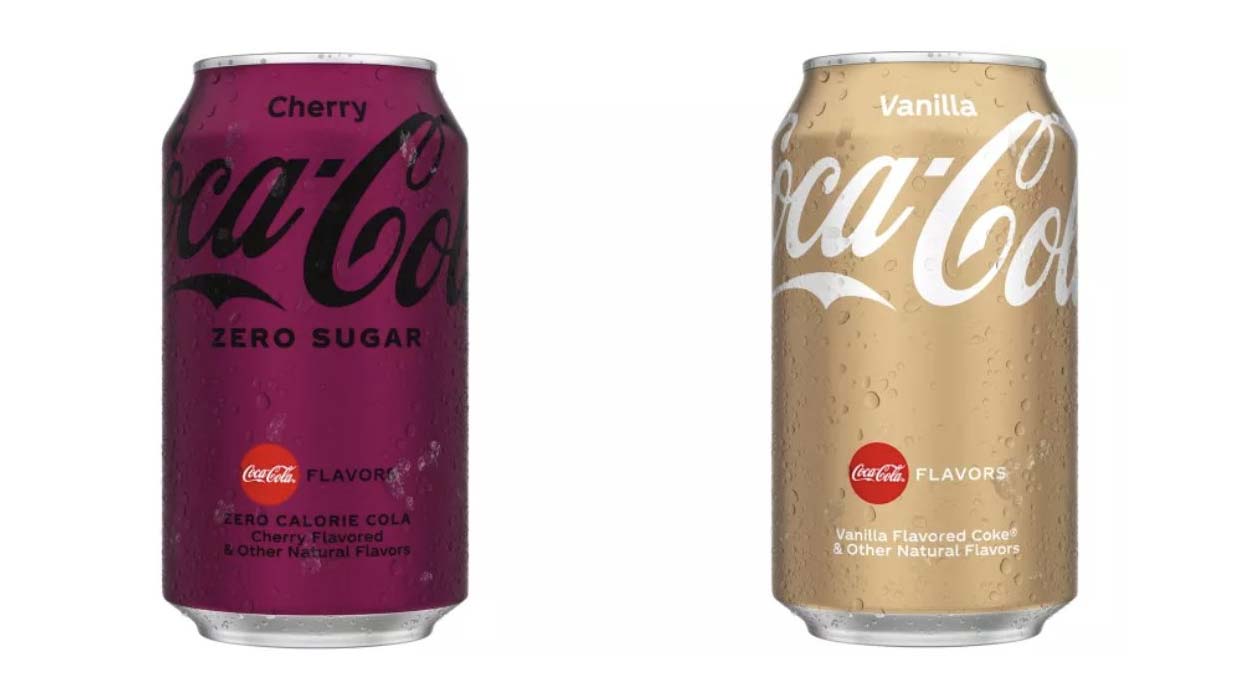 In recent months, Coca-Cola has launched different proposals for its visual identity that have been very popular. One of them was the modification of the logo for a recent campaign and another was the launch of a new minimalist packaging in April. We will see what the company surprises us with in the future.

Benefit and boost your business

We can help you with your Kit Digital